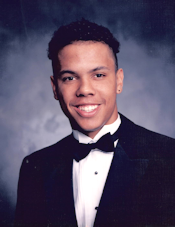 Tony Ackerman is in a class by himself when it comes to the history of HMBHS basketball. He dominated the hard-court like no other Half Moon Bay Cougar. He excelled at all phases of basketball: scoring, passing, rebounding and ball handling. Not only did Tony lead the Cougars to the conference championship in both his junior and senior years, he was also named the team MVP and NPL Player of the Year in both years. He truly is one of the best basketball players in the history of the North Peninsula League. Tony was named 1st team All-County in his junior and senior seasons, and 1st team All-State in his senior year. He capped his high school career by leading the Cougars to the CCS championship.

At Cañada College Tony continued to excel and was named 1st Team All-Conference and was the state leader in assists. He received a Division 1 scholarship to play at Western Illinois University where he was the team MVP, Defensive Player of the Year and 1st Team All Newcomer, Mid-Continent Conference. Tony Ackerman is truly a cornerstone in the great Cougars basketball tradition.