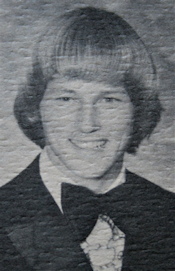 Along with teammate George Molina, John was one of the first athletes to qualify for the state meet. The Half Moon Bay wrestling squad was crowned NPL Champions in three of John's four years at the High School in 1975, 1977, 1978. He was also a member of the Cougars Cross Country Team, which won the NPL Championship in 1974 and the Region 1 Championship in 1975.

After High School, John went on to participate in amateur boxing, motocross racing and ocean diving, his boyhood passion. In 1993, he garnered the world record for the largest Red Abalone ever found.