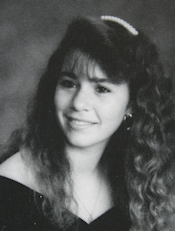 Karen Villa's pitching prowess is legendary at Half Moon Bay High School. And her softball legacy lives on at HMB, where the girl's premiere softball complex is named in her honor. As a player, she was named NPL Pitcher of the Year three years in a row, in 1991, 1992 and 1993, and All County in 1992.

During her Junior and Senior years, Villa was All Tournament - Easter Tournament, her Team's MVP, and Athlete of the Week in both the San Mateo Times and the HMB Review. In her senior year, she took home the Outstanding Pitcher honor at the San Lorenzo Valley Tournament, and was named All Tournament-Los Altos Tournament. In her three years of playing High School softball, Villa pitched 498 innings, with 62 wins and 15 losses. Her ERA was a miniscule 0.95, with 659 strikeouts.